Hello! This is Fred and I’m Calling… 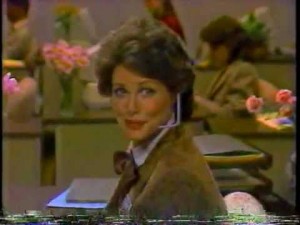 During my seven year four-year-degree program which eventually took twenty-five years to complete, I worked several jobs.  A few were just what you’d expect:  kitchen work or light clerical.  One was awful but blissfully brief.  One involved phones and that’s where I’ll start today.

I spent my first two years of college in Grand Forks, ND.  I was bored, I didn’t fit in, I was broke, and I wasted a lot of time and money.  I did learn to drink.  I also attended two Writers’ Conferences, 1983’s “Poetry and Politics” and 1984’s “Science Fiction.”  The latter cracked my skull open like a can of beans because of a man named Harlan Ellison.  Wipe fade to Minneapolis…

U of M, Morrill Hall, 1985:  After a year of living downtown, working the Monte Carlo and barely making the bus ride over to campus enough to keep grades up (and I mean barely), I take a University job as a telemarketer.  It pays decently, it keeps me on campus, and it requires only verbosity and a phone smile.  It’s good work if you can get it.

Now before you all start to boo and hiss, remember the decade.  This is long before the days of Nigerian princes and auto-dialers and the daily barrage of solicitations.  Sure, it’s also before the do-not-call list, but on balance most folks were not interrupted every single day and touched for cash.  The perks were also good; I had a touch-tone phone for the first time in my life.

I did this work for a year and it got me into other telemarketing work.  I did a stint for The Courage Center, I worked a left-wing phone bank on the West Bank raising money for Green Peace and other causes.  It also got me into MPIRG, raising money door-to-door.

The hardest part of all these jobs is having to smilingly endure the word “no” over and over.  Rejection is not just part of the job, it IS the job.  For every pledge I garnered for the U. or for MPIRG, I probably was told “no” ten or twenty times.  People gave excellent reasons, terrible reasons, or were simply (and this is the worst) indifferent.  If one does not understand how to dust off the “no,” reboot the energy, and ask again then one needs new work.

Which brings me to music roughly thirty years later.

Because of who I am and the work I’ve done, I rarely have a problem quoting a price for my musical services.  Often this quote results in a fumfuh of epic proportions: “ahhh…um…well, I umm…”  I relieve their embarrassment by jumping in with a variation of my standard explanation, which is NOT simply a line.  I believe it.

“We play for free.  That does not cost you dime one.  That’s our fun too.  The price we charge covers all the work you do not see:  practice, gear hauling, set up, tear down, driving, marketing, promotion, and calling for gigs.”  Yes, calling for gigs.

I’m thirty years past my days on the phone banks.  I witnessed the rise of multi-gazillion-dollar technology industries.  Used to be if I wanted to promote a show I made a poster, got Kinko’s to run off a hundred, and stapled them up myself.  Now Facebook, email, Twitter and a host of other electronic media allows me to reach the globe with a keystroke.  And yet…

E-mail is easy to ignore.  E-mail all too often finds its way to the spam folder.  E-mail can be erased in one’s haste to read another more interesting missive.

So this is your friendly neighborhood coureur du nord saying please don’t be too hard when the phone rings.  I might be calling you for work.